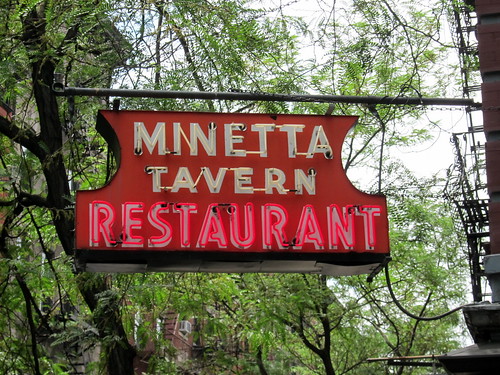 After several injustices at JFK over the last year, we have another airport to add to our AVOID list. Let’s get to that in a moment.

Our last stop in New York City for May 2011: Minetta Tavern. We scored reservations right when they opened and experienced some of the best service we’d had all week. Eggs Benedict ended up on in front of me again, this time in the more traditional manner but equally compelling. Can’t help what you love. I recommend Minetta Tavern. Lovely final stop. 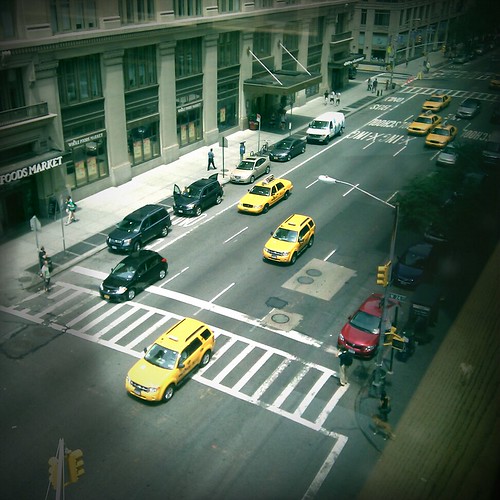 We left with plenty of time to JFK and sailed across several highways. All was looking well for our departure before the traditional late-afternoon JFK slowdown in the takeoff queue, when our plane basically got backed into a ditch. And apparently the asphalt was going soft, worsening conditions. It’s not even Summer, folks.

Several tow trucks later — including the largest they had on the airport premises — we were out of that ditch. But, we needed refueling which led to more paperwork which led to getting in a very long queue to leave. 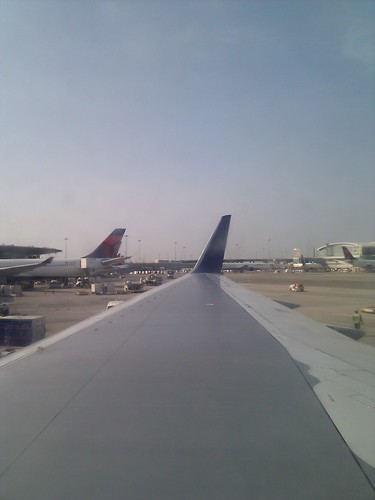 3 hours later, we were aloft. They were out of everything except crackers, and I’m still a little bitter over paying $5 for that measly snack box.

We eventually made it home.