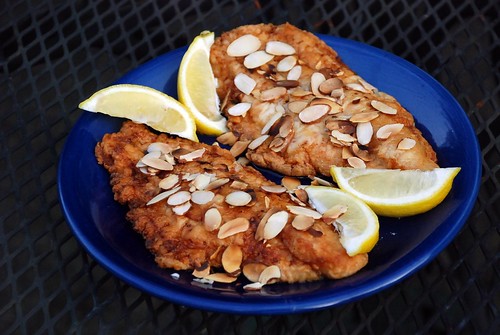 To put it mildly, I’m preoccupied with Gustav today. I met with motomotoyama mid-day for distracted shopping and while perusing shoe racks at Nordstrom, I felt like everything was about to shut down — you know, there was a hurricane coming. The fact that it’s gray outside and that tomorrow is a holiday; well that just abets the feeling, despite being thousands of miles away.

On my way home, I called my mother who didn’t ease my mind much by telling me they expect the eye to approach Baton Rouge closer than Katrina did. Her generalized lack of alarm helped but there is the anxiety undercurrent. She doesn’t anticipate returning to work until mid-week at the earliest — best case scenario is that she won’t lose power which feels a tidge over-optimistic. If not just downright silly.

I came home to nap my nerves away and while I slept, Mr. T cooked up catfish with my beloved meuniere sauce. He based his recipe on a copy of Galatoire’s Cookbook I found years ago at some thrift shop, which lists one of my favorite creole dishes of all-time: Trout Meuniere Amandine (recipe).

Which reminds me, I would like to go home for Christmas. 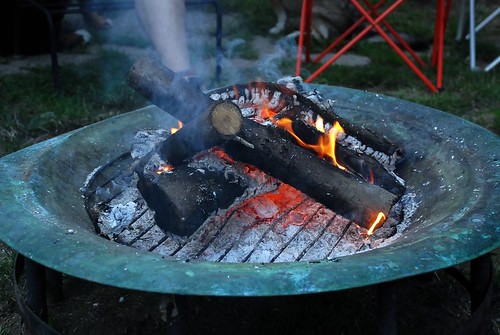 My old pal Seth threw a party at his place, The Shire. I want one of these for my backyard now. I could hang by the fire forever.

The other highlight of the day: I ran 18 miles in the afternoon. It was long, but I finished Sedaris’ latest hilarious collection: When You Are Engulfed in Flames and started Fareed Zakaria’s The Post-American World. 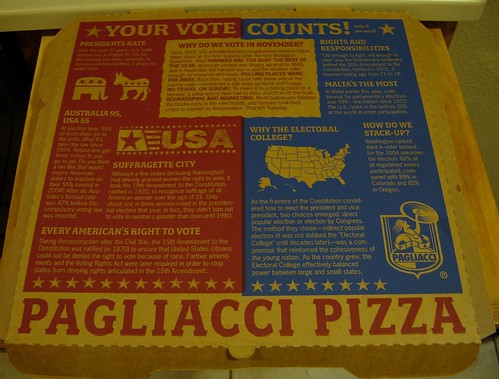 This week was exhausting. Mr. T dialed into our local Pagliacci’s and we had a fabulous pizza with basil, tomatoes and spicy Salumi pepperoni.

(Later note: I think I was asleep before 9.) 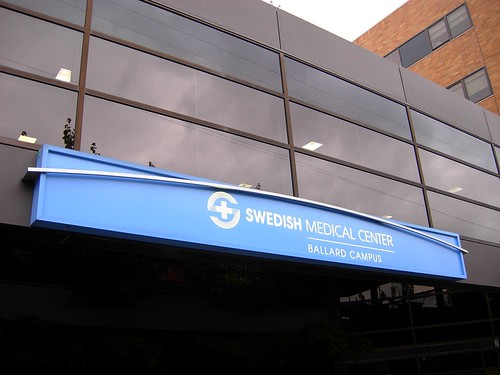 Partly to help with the marathon training, I’ve been visiting an acupuncturist. She’s in Ballard and she’s great. Contact me offline if you’re interested in more details… 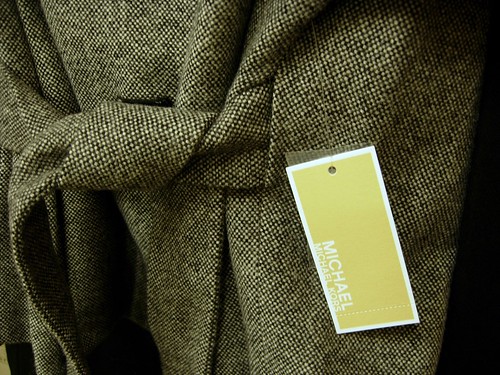 I’m surprisingly unemotional about the early Fall start and focusing on the positives of the season change. Once upon a time in a land far from the Pacific Northwest, Fall was my favorite season. I loved the changing leaves, the end of the heat, the new schoolyear, brand-new coats and boots, upcoming holidays and so on.

Tonight, I checked out some options at Nordstrom. This coat is on the shortlist. 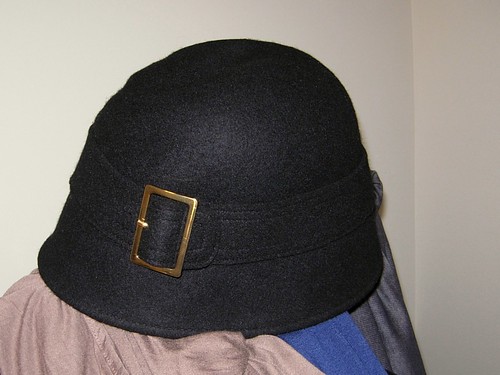 In gearing up for Fall, I made a trip downtown today. I decided against this hat at Banana…for now. 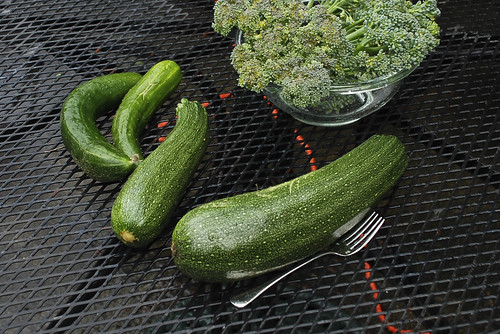 I love having all these veggies, straight from the backyard. We’ve been regularly getting beans, lettuce, cucumbers, and zucchini, amongst others. But, the zucchini Mr. T harvested today takes the cake.

We saved the zucchini for another project, instead using the broccoli with a balsamic vinaigrette to accompany our dinner. 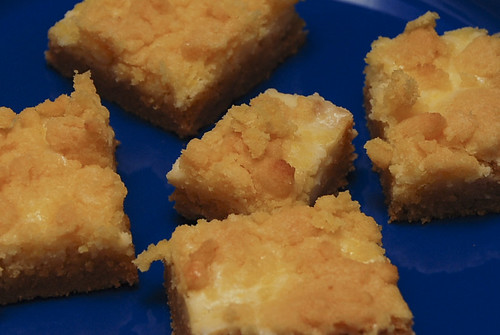 I’d had a busy-ish morning and needed to throw something together fast for a BBQ. My recipe plans went like this: Decide on lemon cheesecake bars. Basically, lemon cake with cream cheese. Bake half a lemon cake layer for 13 minutes at 325, then add a cream cheese & lemon juice layer, then cover with more crumbled lemon cake on top. Bake at 325 for 15 more minutes until set. Cool for as long as possible, then drive like a maniac to Madison Park. I <3 lemon bars of all sorts and I'll make this again. The BBQ aspect of the gathering was rained out, but there was pie and goodness in abundance. 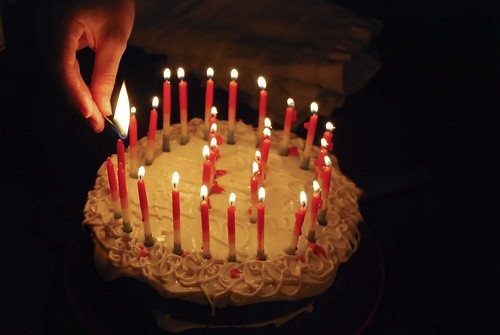 Our friend Eric turned 30 this week, and his awesome wife, The Architect, staged a surprise party. (She also made a fabulous carrot cake during the festivities.) Mr. T and Eric go way back, 10 years maybe, to days of rooming together at UW.

I’d run 15 miles this afternoon, so I was tuckered. (I cut one mile off, afraid of being late for the surprise, but turned out they moved up the time.) Fortunately, it was a low-key night where I “watched” others play games and rifled through their book collection…I didn’t want to move much.

I’m bummed I missed another old friend’s birthday gathering in Belltown, but the laid-back evening was the appropriate speed for me. 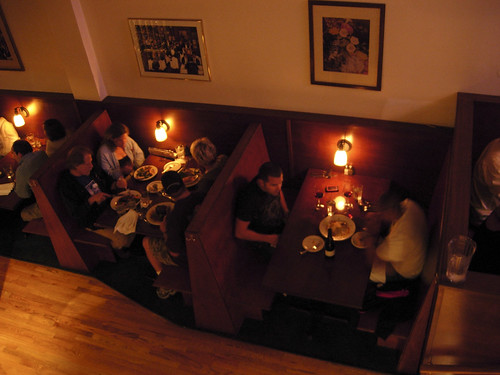 Mr. T’s good friend and co-worker, Adam, celebrated his birthday today. We trekked down to West Seattle to have dinner with him and his fiance. We were seated upstairs. (Flickr has more of this dinner, save for one small dramatic detail which I won’t post here…)

For dinner, Mr. T had fantastic steak au poivre, while I had the Bourbon porkchops. 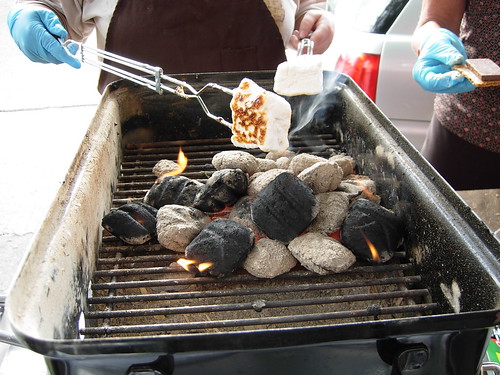 This Thursday, Friday, and Saturday, Theo Chocolate in Fremont is celebrating National Smores Daze on the sidewalk in front of their factory between 3 and 6. I remembered after 5 today, just in time. I got to try a s’more with freshly made graham crackers, marshmallows and their coconut curry chocolate. Tomorrow, I might have to go back for the Chai Tea chocolate.

For lunch, I tried the prawn sammy with poutine and the basil limeade from the Skillet Street Food outpost. And for dinner, it was back to Ballard to hang with Misty & Co for dinner. She cooked up oysters and we spent time with my recently rekindled love, the Olympics. 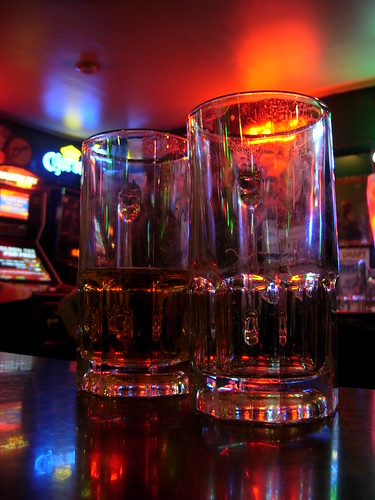 Summer this year, she is a let-down. Misty planned a great idea — a Golden Gardens bonfire. Well, we’re on our third day in a row of rain. The plans were scuttled in favor of hanging out at The Sloop in Ballard. I passed on getting sloopercized for the evening, but I fully support friends on their missions. 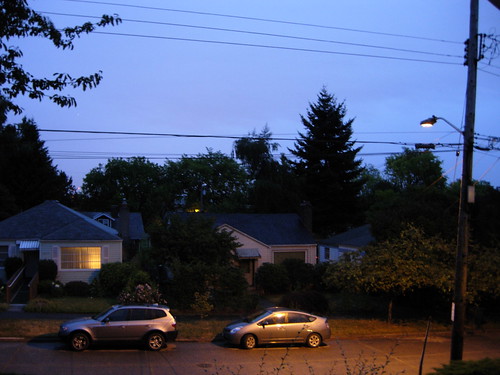 In August, I’m supposed to be sick of the unrelenting Seattle Sunshine, rather than tolerate the grey and wet. That’s what Fall, Winter and Spring do: rain, grow moss, mildew, mold, make everyone feel soggy. Last year, I considered the Summer a fluke, this year, I’ve given up that dreamy expectation of being disgusted by heat. I’ll have to lift my ban on travel outside of the PacNW in the Summertime from here on out. Maybe I am being punished for cheating and visiting Jenn in San Francisco last August while she worked there briefly, but — it was only 3 days away! How much punishment must there be for those 72 hours?

Tonight, I turned into a recluse, skipped my run and watched documentaries on Rasputin, Anastasia, and Tiananmen Square. It felt right, like Thanksgiving’s just around the corner… 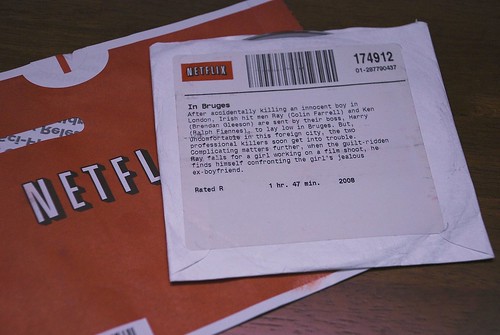 When I got up this AM, it was suddenly October out there and was completely demotivated to bike to work.

Tonight, Mr. T cooked up some of his awesome veggies for dinner (with bacon!) and we watched In Bruges. I’ve wanted to see it since we were there in March, so I enjoyed recognizing places we’d been recently — one of my favorite paintings was featured, but the movie didn’t relate its pertinence to the storyline. I liked the movie okay. Billed as a dark comedy. Way more dark than comedy.

(The Telegraph’s review is here.) 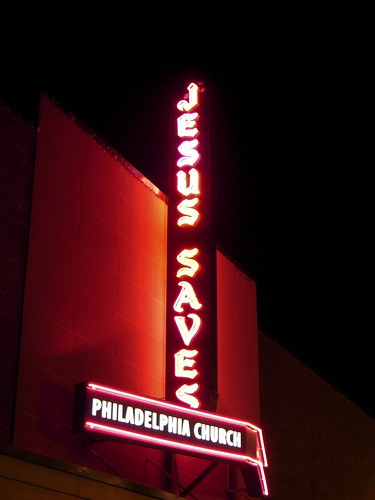 We book-clubbed at Misty’s this month: The Valley of the Dolls. I think we were split down the middle on whether we enjoyed it. I was a definite yes and now I’m curious to check out the movie adaptation.

I don’t ever recall having driven down 24th, so far north. Lots of Scandinavian references and lots of churches. 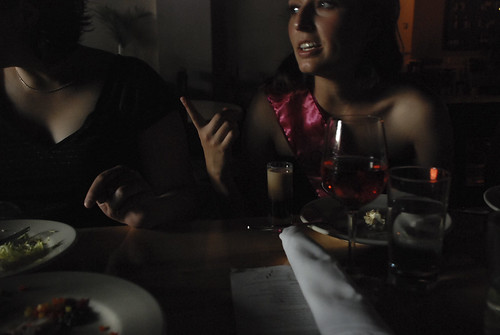 Friends of ours are getting married next month, in Ashland, OR. I predict the wedding will be a blast. We had the bachelorette party this weekend, starting at Geraldine’s.

We had a great dinner at Belltown’s Black Bottle. We considered Teddy’s in Roosevelt afterward but opted in favor of celebrating at Geraldine’s and Rand’s place since Rand procured an A-C for the party. We are in the middle of a heat wave, hallelujah.

(I ran 15 miles today. So. Hot. I’m not really complaining as I’m always cold here. I love the heat.) 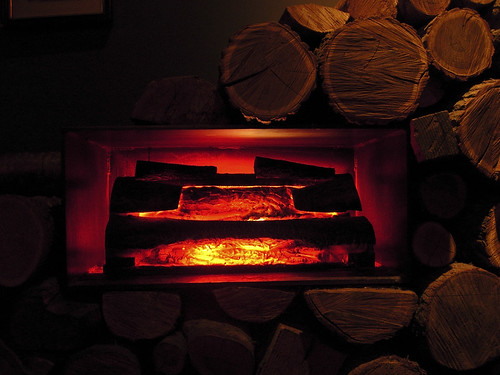 Tonight, we headed down to Belltown to celebrate a friend’s birthday at The Frontier Room. I loved it the last time we went; this time, I needed extra BBQ sauce on everything. The macaroni was a bit bland but the brisket was great. 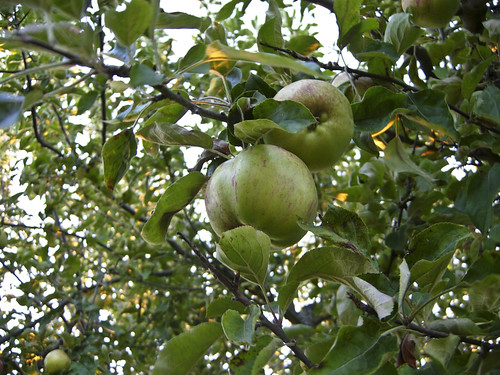 After a kickball game a few weeks ago, I’d mentioned to Monte Cristo (uh, nickname) that our dryer was on the fritz and it was a real pain and I hate appliance shopping, yada yada yada. He mentioned an extra set he just happens to have and offered to sell them. Before we go through the process of moving them, we went to check to make sure they still worked.

It’s the first time I’d been to his house that he bought two years ago. He’s in West Seattle and luckily in an area that hasn’t been overrun with new development. 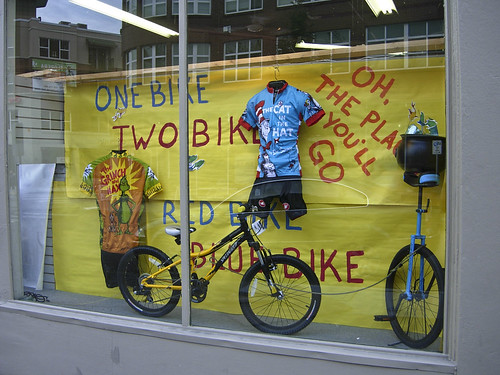 In my ongoing quest to be more of a bike-commuter, I stopped off at Gregg’s tonight to get a rack so I can use panniers. 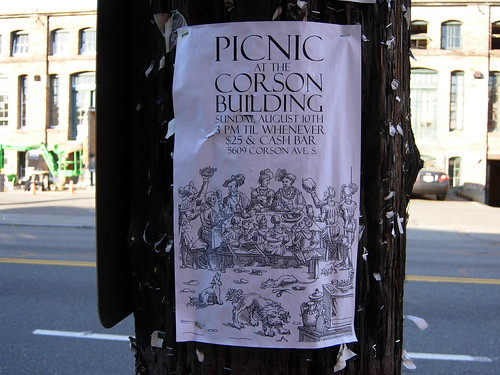 The Seattle Foodies are all over The Corson Building lately. I haven’t been there and I hear it’s difficult. But, I haven’t really tried. I was back in Georgetown this evening and noticed that the night before there’d been a picnic. Wish I would’ve known…next time.