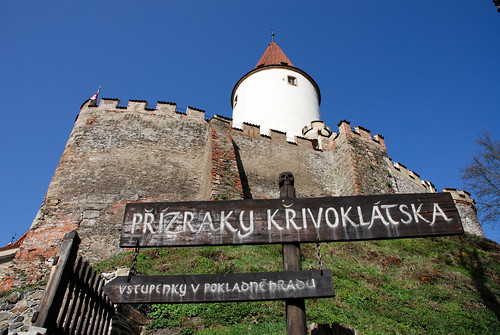 M’s family suggested we head out to the countryside today to visit Krivoklat Castle. We took the tour but ended up on a Czech one while we toured the inside. Hence, I have few details to relay. We learned a bit more later from Vladimir, M’s uncle, who worked here as a tour guide over 20 years ago. (He is now in tech, working in Eastern European operations of companies you may have heard about.) 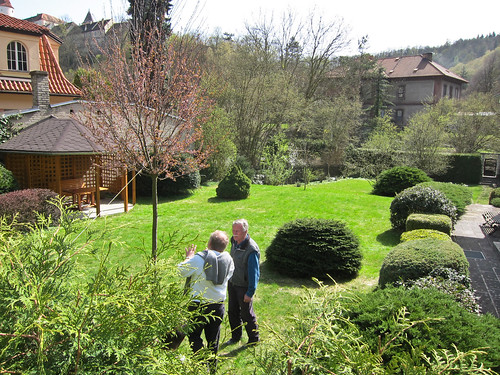 Afterward, we retired to the country home’s gazebo for cake and tea. The cake was thoughtfully sent along with us to Krivoklat from Prague, by Vladimir’s sweet mother.

Country homes were a big deal during the communist era. People weren’t allowed to leave the confines of the borders, so every weekend they journeyed to the countryside. Those with more status had homes closer to Prague. (He added that treks began every Friday for all the workers at noon.) 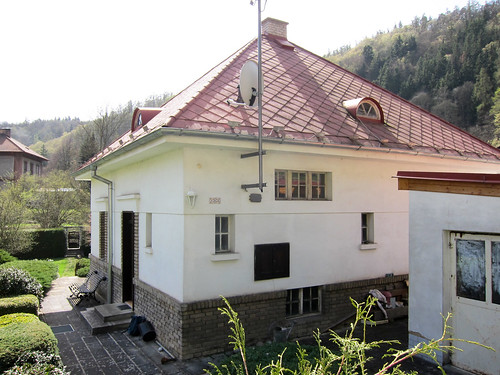 Later in the evening, while M and her family held a gathering at their apartment for family members, J, Mr. T, and I went to check out a recommendation we received from my local contact for U Modre Kachnicky (The Blue Duckling). Dinner lived up to reputation, but the flaming dessert and the talented pianist will stick with my memory far longer. 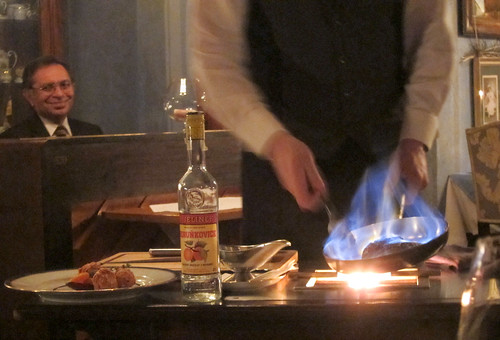 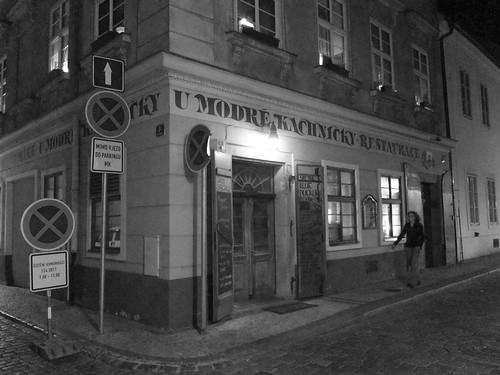 We walked home past that ever-evolving John Lennon Wall. 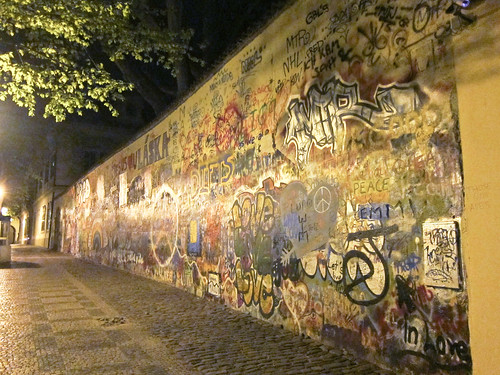 I’m sorry I missed out on that evening!