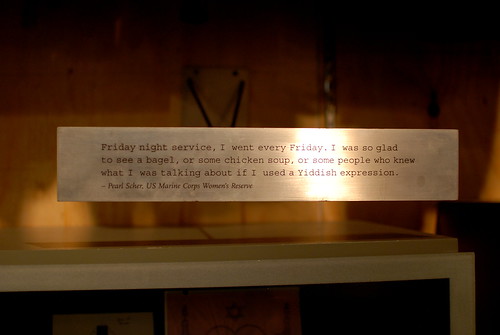 My mom and brother came into New Orleans today to go with us for brunch to Commander’s Palace. 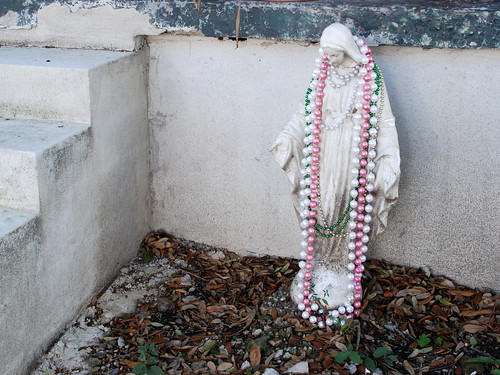 in the Garden District

I was partially making up for being so ill at the end of our wedding trip when we had a final 25+ brunch at Commander’s (and I was feeling too green to eat anything), and I was partially carbo-loading for Sunday’s race day — but we went all out. I ordered Shrimp & Tasso Henican, Eggs Cochon de Lait with biscuits, and Strawberry Shortcake. All good, but I couldn’t keep my hands off of Mr. T’s pecan crusted gulf fish. I’m a sucker for anything a meuniere.

We mentioned it was our anniversary trip to New Orleans, so they brought out Grapefruit Champagne Sorbet. The remains (that chocolate Happy Anniversary was toooo good to pass up): 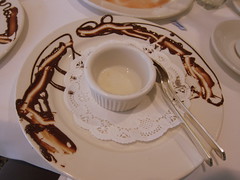 Mr. T started feeling hit by a cold, so we dropped him off for a nap while a) I picked up my race number for the Half Marathon followed by b) my Mom, brother, and I visiting the World War II Museum. The special exhibit was Ours to Fight For: American Jews in the Second World War. Pictures were verboten, but there were a few quotes I wanted to remember. 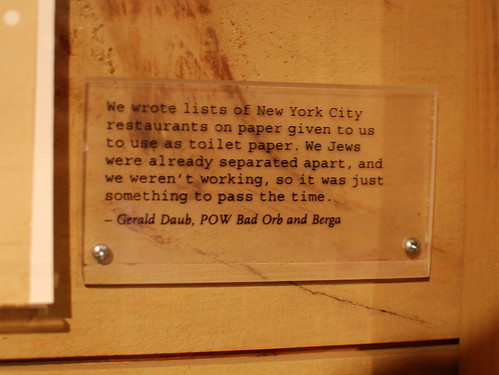 After the museum, we caught the final viewing of the day of Beyond All Boundaries, the Tom Hanks 4-D movie covering the war. Highly recommend, but I could see this as being hard for anyone with PTSD issues. The seats vibrated during bombing scenes and were nearly blinded during the A-bomb scene. We exited through the gift shop and past the Stage Door Canteen to find a refreshed Mr. T waiting for us nearby at The American Sector’s bar. We beat the dinner crowd by minutes, it seemed. 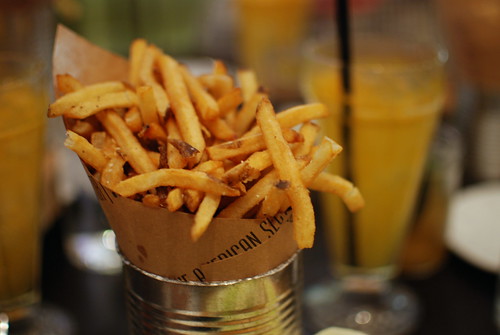 Years ago, I stopped drinking full calorie sodas while on a diet. I never regained the habit, 10 years later. I make exceptions upon rare occassion. Besh’s house made (seasonal) Satsuma Soda seemed like a fine candidate for such — after we ordered, they brought out a seltzer decanter with the satsuma simple syrup, and glasses for everyone. I’m pretty sure I drank 3/4s of the soda all by myself. (An order of the $6 house made soda is at least 6 glasses worth.) 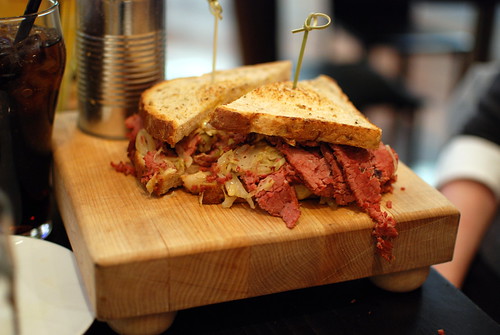 The American Sector specializes in nostalgic, comfort food. Since we were in Louisiana, this included poboys! Huzzah! Mr. T & I each had one, my mom got the Reuben and my brother, the sliders. Crowd-pleasing dinner, all around. I’d like to think that’s how the whole day went.

And for the first time, I went to bed at a reasonable hour before a race!