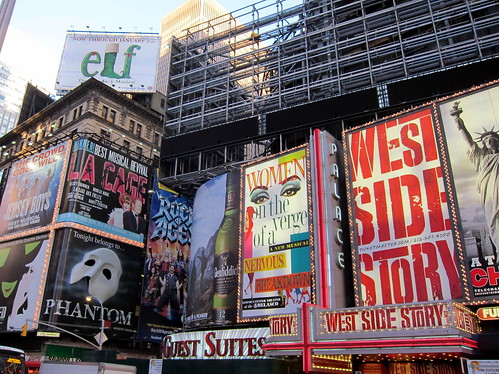 I wasn’t getting anywhere trying to talk Mr. T into catching any Broadway shows, so I decided early to plan to hit a matinee midweek. Today, I saw Elling. Turns out, it was all Hollywood: Brendan Fraser, Denis O’Hare, and Jennifer Cooper (‘memba her from Legally Blonde? Or Best In Show?). It was a pleasant mid-afternoon diversion, though I discovered later why the storyline seemed familiar when Mr. T reminded me we’d watched the Norwegian film years ago. P.S. I relearned during intermission Fraser attended Cornish back in the day. Go Seattle! 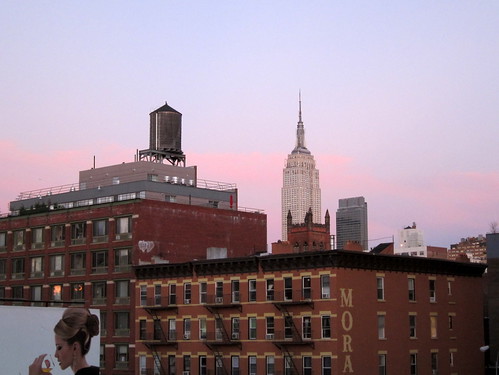 When the play let out, I walked for a while to The High Line which is getting tons of well-deserved 2010 press. I later learned those who did the High Line won the bid for Seattle’s waterfront. I’m taking this as spectacular news. 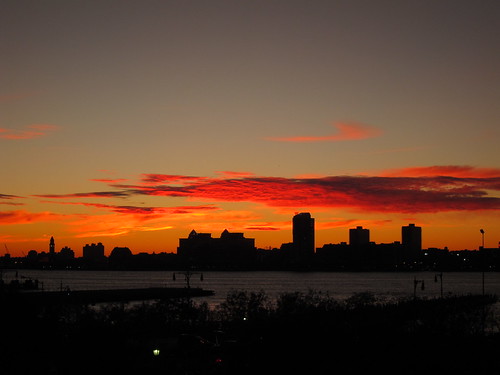 I watched the sun set over Jersey. And plotted for dinner late that evening at Artichoke Basille, another NY pizza place. 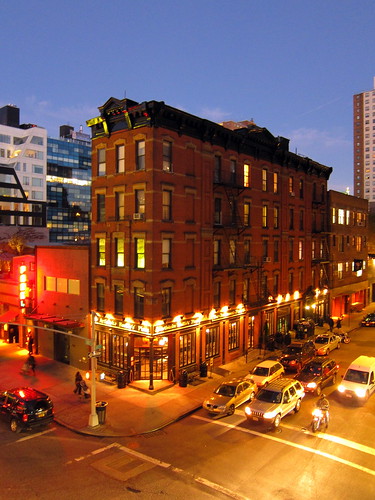 Post-dinner, Kate & Colleague were available to join us at Death & Company where the drinks were divine. 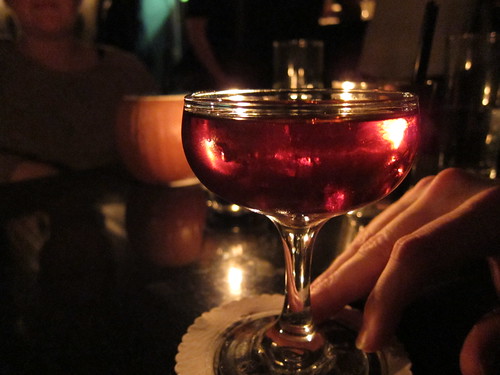 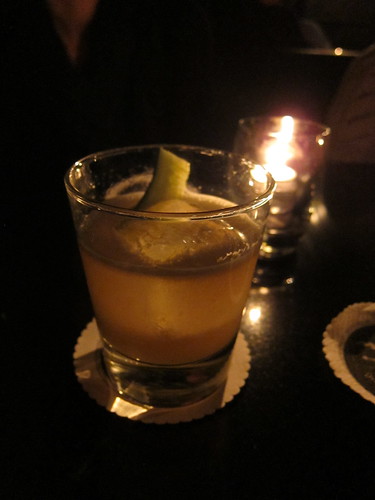 Should you find yourself here someday, try their Slap ‘N Pickle — with Aquavit, muddled cucumber, lime & grenadine. It was a surprise hit & a group favorite.