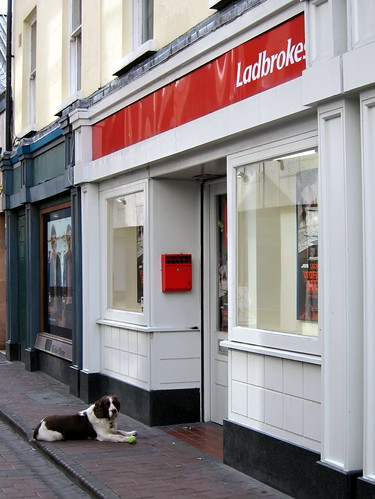 I caught the best mate pictured above hanging in front of the bookmaker’s behind Grafton St. So loyal! Reminded me of The Baron.

We are nearly done with our main visit to Dublin this month. Since I was in the final stretch, and not reconciled to leaving, I took a long walk to The National Gallery & Grafton Street’s shopping options this morning. 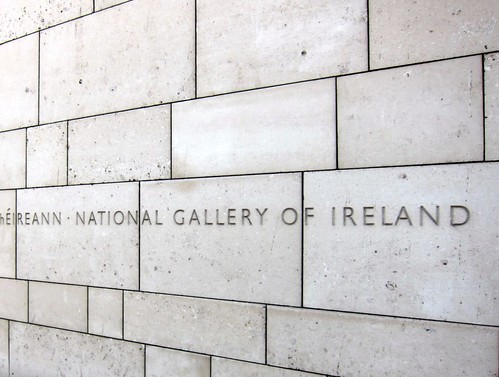 Turns out, I’m a big fan of Irish artists of the 19th & 20th century. Namely, Paul Henry and his contemporaries. I’m a sucker for the way they use color and the mood of their work.
Then I learned in the giftshop that my book full of walking routes is packaged here differently as History and Mystery walks. Maybe it means they did the American packaging right that I wouldn’t be as interested in picking this up than the one I did: 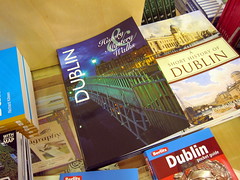 The state of the Euro vs. Dollar being what it is, I’d avoided shopping. I remembered a few things I wanted to investigate regardless — so, off to Grafton Street. I hit up the fance Irish Department Store Brown Thomas for clothes and the hidden Dublin outpost of LadurÃ©e. I picked up several lovely things though the shopping curtailed after a stop at the sweets. I would’ve gone back to the other departments, but the shopgirl doling out les macarons was a bit big for her britches, all eye-rolly like she had health insurance just for existing. So, I left Brown Thomas for the more earthly Marks & Spencer, where they didn’t have some clueless 21-year old who made me feel like Julia Roberts in Pretty Woman trying to shop for her first nice dress. (I did like the good sir out front, though.) 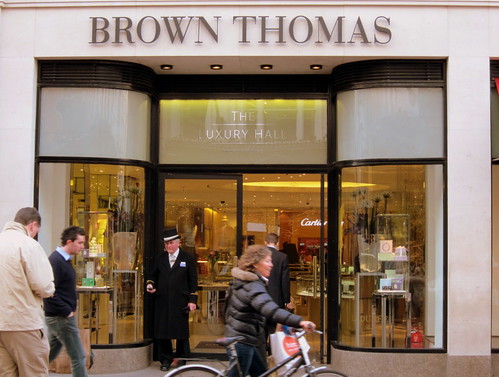 Too much money later, it was time for dinner at The Winding Stair with Mr. T. Very good, but as we’re spoiled by great meals all week, this fit right in & didn’t make a name for itself. I’d go back, especially for the bookshop on the lower level. 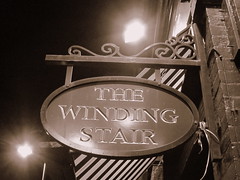 We took a long stroll home via the Liffey. 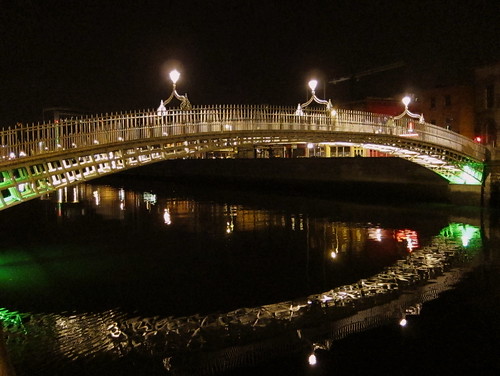