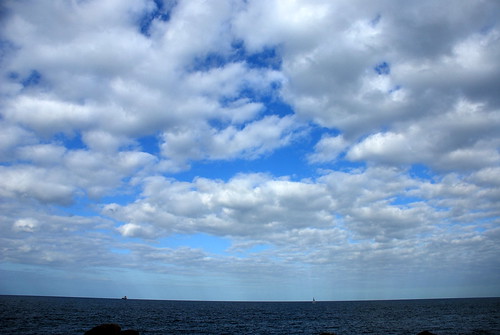 The Irish Sky at Dun Laoghaire
For lunch, I visited Mr. T’s office. I admit. I liked it even more than his work’s Seattle cafe. Here, they have a woodburning stove! For pizza! Delicious. It happened to be Batali day, too. 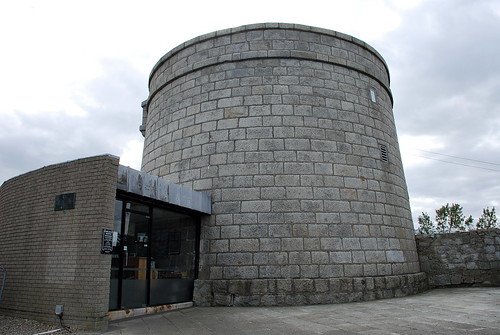 Then I took the DART out to Dun Laoghaire for another afternoon walk by the sea.
Once upon a time, James Joyce lived here. He later set the opening scene of Ulysses at this tower.

Temps had turned for the colder, so I took a break in the Joyce museum. The lady in charge was so kind — asking quickly if I was a stranded traveler, were my plans affected? I told her we still didn’t know if our honeymoon would be in Italy or not. But then I voiced that there were far worse places to be stranded and we had weeks more of exploring to do in Ireland should our flight be cancelled. She said that was so lovely to hear. It was true. I left the Museum, resolving to read Ulysses sometime. 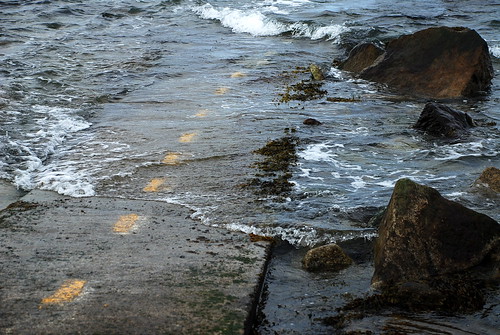 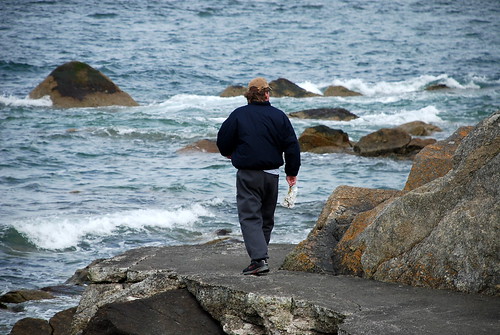 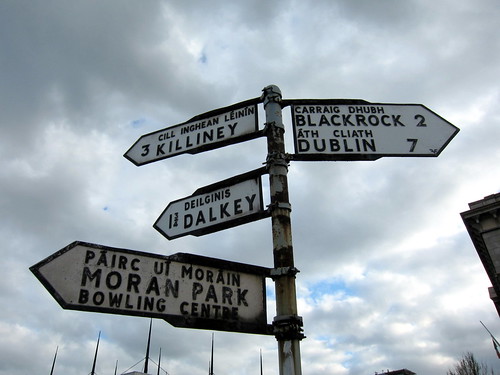 I walked another mile or so before heading to the train station for pub night with Mr. T’s colleagues. Time to watch Barcelona vs. Milan!