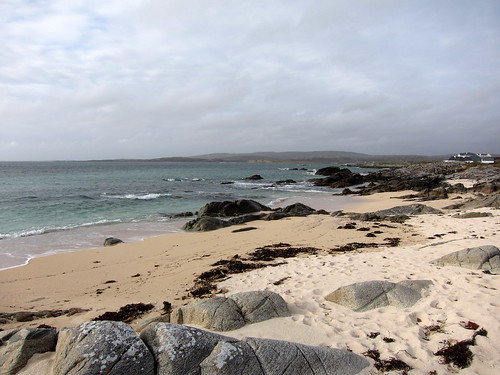 Mr. T and I rented a car from the D4 Sixt, bright and early. For our big weekend plans, we were off to explore the Irish backroads and stay in a castle.

By noon, we’d gone from the metropolitan east coast of Ireland to the rural west. We stopped at Westport, for lunch at a place I imagine is your typical Irish-style diner. I ordered a chilli chicken sandwich (I was going for spice). I don’t really know why I keep doing this in Ireland when I should EMBRACE THE POTATO. Mr. T fared better with this shepherd’s pie thing. 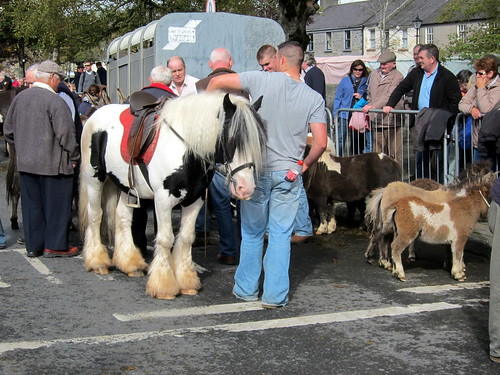 We found a Fall Festival going in Westport. 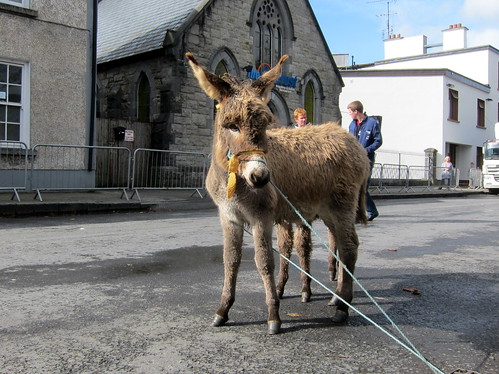 After admiring their livestock, we moved right along to the coast. Mr. T’s (Irish) colleague strongly recommended we take the N59 from Westport to Clifden to Ballynahinch. Conveniently, this specific drive is also Rick Steves recommended so we had a handy Kindle guide to provide more context en coastal route. The whole shebang loops you through The Connemara, so you get a scenic drive past lakes and Kylemore Abbey and the bogs and a national park. 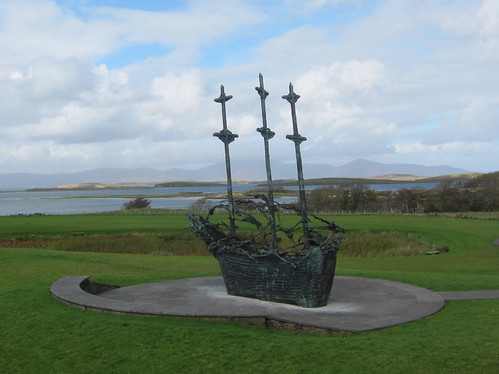 Our first stop out of town was the National Famine Memorial, situated near Croagh Patrick. This Croagh (mountain, not pictured) is the site where St. Patrick expelled those snakes which is very near where many Irish left for other lands to escape dire poverty. We took a photo break at the famine ship sculpture before continuing onto the boglands. 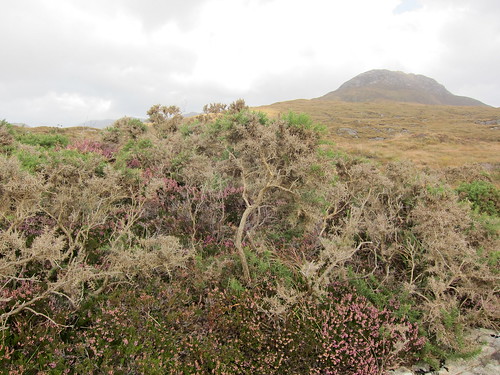 At Connemara National Park (pictured above), we got out for a brief hike to see what a bog is all about. It is this precious energy resource that looks like it could easily be taken for granted but is now protected from over-development.

I kept asking Mr. T, so is that bog? What about over there? What do you think? 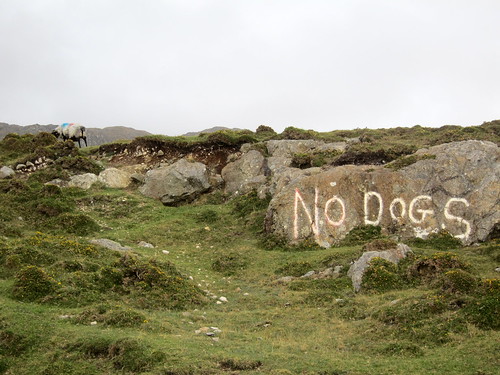 We rolled on through the wilderness, past sheep and the coast and lakes and farmland.

Before nightfall, we arrived at our evening’s destination, Ballynahinch Castle, in time for an early meander around the grounds and dinner at a pub.

Pictures on the castle tomorrow.

One reply on “The West – Connemara and Ballynahinch”

[…] I finally published my post on our day in The Connemara.)   If you enjoyed this article, please consider sharing […]