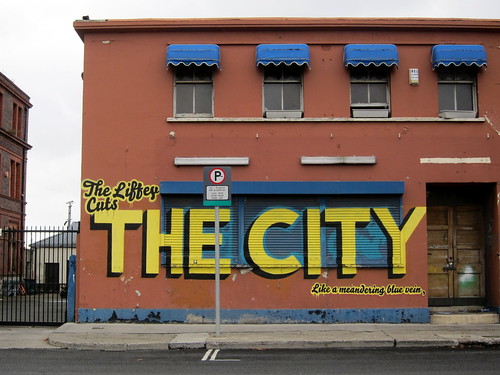 I awoke as we descended into Ireland. My transcontinental sleep routine had been foiled by flight attendants who left the cabin lights on 2 hours longer than normal, so I wasn’t exactly bright eyed nor bushy-tailed at Customs. 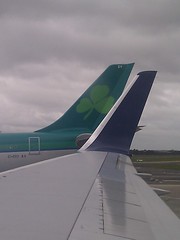 We gave awake-ness a fair shot on this blustery (and very Seattle-gray day), starting off at our beloved Junior‘s for brunch, then continuing along the Liffey towards the new Dublin Wheel, near the ferries to England and Wales.

Funny story: while out walking, I spotted a Seattle friend on her Sunday run. She moved here two weeks ago, but I hadn’t yet emailed her I’d arrived. This kind of random thing happens to me, more often than you would expect. It’s a small world. 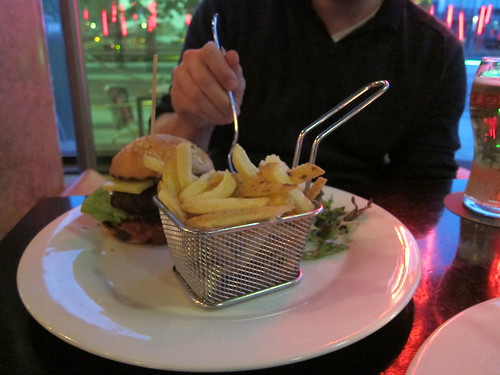 Later, after an unintentional 3-hour slumber, we checked out the new Ely at Grand Canal Quay. Skip it if you’re in the hood — it’s not worth going out of your way to visit.

We cut our dinner losses and returned to the hotel for the thrilling Season 2 Premiere of Downtown Abbey! Huzzah! I can’t remember the last time I watched something on the night of broadcast, on its originally intended channel.

Love these pics, and I’m so excited to see your SE Asia pics! I’ll look through my travel journal and see if I can find any recommendations tonight.