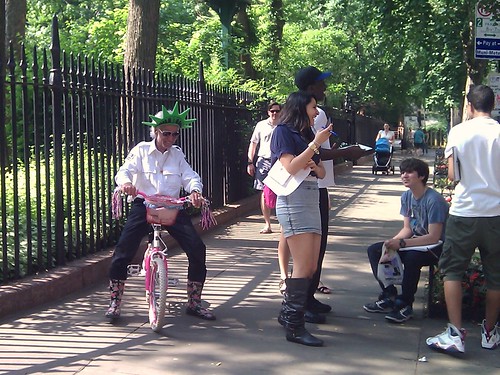 I don’t even know what was going on here at Gramercy Park. Possibly a set-up.

Sometimes, during trips away from Seattle, I panic about trying to see or try or taste all I might want. Today’s reservations were a reflection of trying to cram in all the recs after my Tuesday freakout.

I started my morning at Gramercy Park’s Maialino, a new Italian place recommended by everybody and their brother. Akin to Locanda Verde, they serve a solid Italian breakfast (covered well by Serious Eats, which sold me the reservation, really). Service was excellent but I started my bubbling skillet of Amatriciana (eggs in spicy tomato sauce) too soon. Burn! 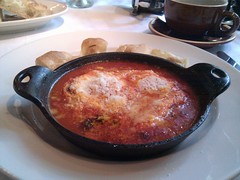 Mostly, I eavesdropped on my table neighbors, observing neurotic New Yorkers in their element. The lady to my right was trapped in an early-era Sex and the City episode. My waiter brought extra focaccia for the delicious amatriciana sauce — a perfect way to linger to pick up stories told to my left, between two unemployed writers railing against a declining publishing industry. 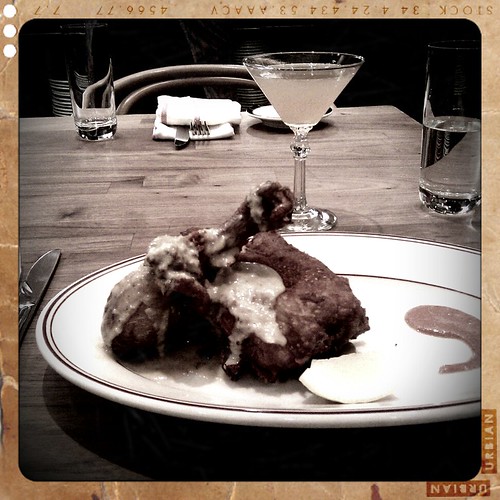 I had to get back to the morning grind, to earn my Harlem lunch break up at the Red Rooster. Maybe the lunch cooks are the C-Team, but I didn’t get why the place is popular enough to be booked a month in advance. My fried yardbird was fairly dessicated — I’ve had better chicken from the Safeway deli case in the hour before closing. The gravy, on the other, hand, was worth writing home about, as was the service. The hostess butchered my last name upon arrival, but that distinction meant she remembered it when wishing me a good day as I departed. 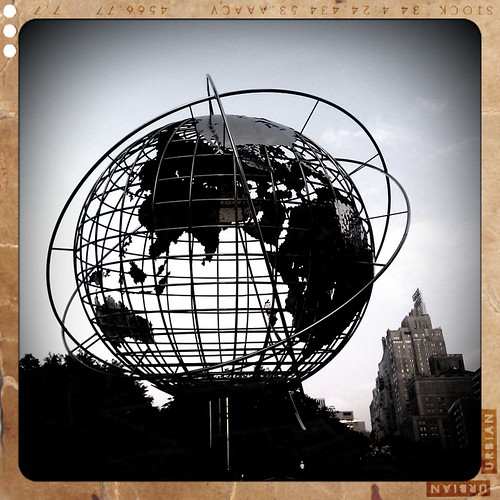 Young G was leaving Friday (tomorrow), and he still hadn’t seen Central Park. We made a special trip north after work to show it off. After only marching 100 yards into the park, he was so underwhelmed by the place that we turned back. Well hell, I wasn’t going to sell it when I had other things I could do, like gather treats from Bouchon Bakery and Momofuku’s Milk in Midtown. I did just that on the way to dinner. (We’ve already exhausted Monday’s crack pie stash.)

The 90-minute waitlist at downtown’s Ippudo (ramen) drove us deeper into the East Village for pre-dinner Pommes Frites. Once we came across quick sandwiches at Baoguette, it was all over for Ippudo. I had to try the Vietnamese take on a Sloppy Joe. I like my mom’s mid-western version better.

I hope that someday that Young G makes it to the Bethesda Fountain. We walked him past Madison Square Park one more time. 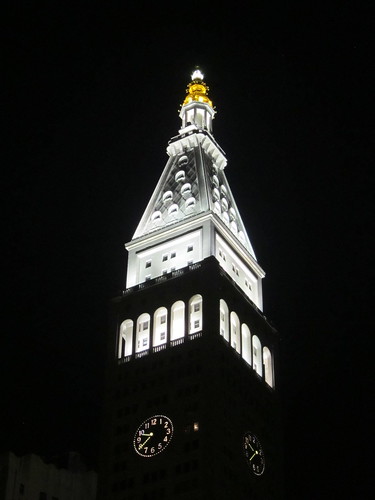