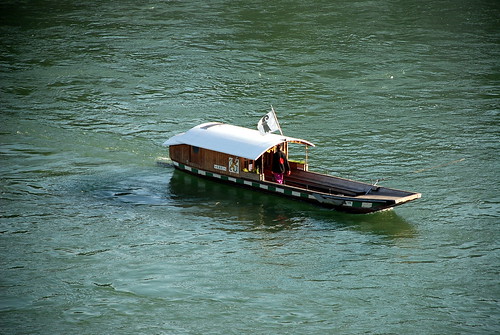 Janet & I woke up ahead of most of the crew for a morning stroll of Basel. We walked through the center to the Rathaus, taking in views of the Munster & later, the Rhine River.

After packing, Diana, Janet, and I went to Hieber just across the border in Germany. Janet prefers to buy all of her meat at Hieber when she’s visiting Basel, as it’s far superior to what she can get near Geneva. I love any excuse to check out a foreign grocery store — especially the “Euro Supermarket of the Year 2009.”

More pictures of our morning in the Basler area:

We dropped Diana off at work, picked up Maya, and drove on, to Canton Berner to stay in the Jungfrau-Aletsch mountains. Janet’s colleague suggested Isenfluh, but the two options there were booked up by 2 PM. We continued to Lauterbrunnen, where we found rooms at the charming Chalet Oberland, across the lane from the larger Hotel Oberland. Our chalet rooms had quiet balconies, with views of the JungFrau!

Time & weather seemed perfect to try our luck at taking the Telecabine up to Shilthorn/Piz Gloria. We caught a late-afternoon ride up to the top, transferring gondolas multiple times. It’s a pricey ride, but worth it — cheaper the later in the day that you go. We goofed off a bit in the viewing deck (sadly, our Bond-style photos were no bueno). We wrote postcards in the lounge and had an afternoon drink. 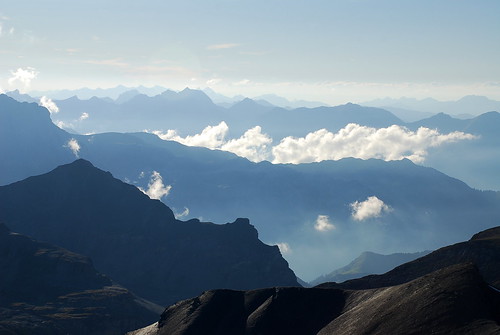 On our way down, we stopped in charming MÃ¼rren for dinner. Before reserving anything more substantial, we took in the sunset and a snack from the best cafe deck in town at the Hotel Edelweiss. 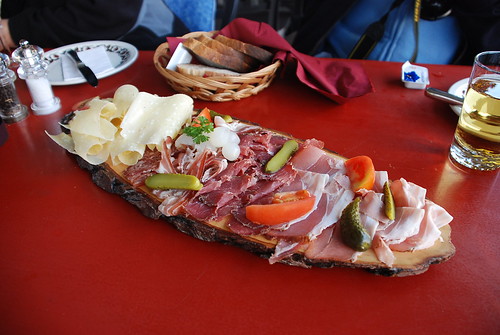 We were brutally rebuffed at our MÃ¼rren dinner choice due to an influx of patrons, so continued to Lauterbrunnen for dinner. 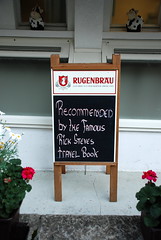 A common sign: Rick Steves has put MÃ¼rren on the map.

We made it to Hotel Oberland’s restaurant, across the lane from our Chalet. Dinner turned into a highlight, with the best schnitzel Janet’s had since moving to Switzerland. My pork wrapped in bacon on rÃ¶sti wasn’t shabby either.

Images from the Jungfrau-Aletsch, here: