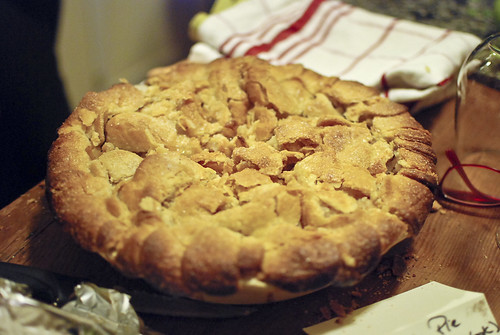 Busy Saturday – first up, the Gourmet Wake at Kim Ricketts‘s home. Everyone shared their Gourmet stories and reminisced. There were goodies from 60+ years of the magazine everywhere you turned. Pictured above is Viv’s fantastic apple pie. Jon Rowley taught us to shuck oysters. We met the regal border collie Daisy. We saw old friends, met new people — struck up a convo with a couple who used to live in Louisiana, not far from where I grew up, & who happen to know Mr. T’s parents. Small world! 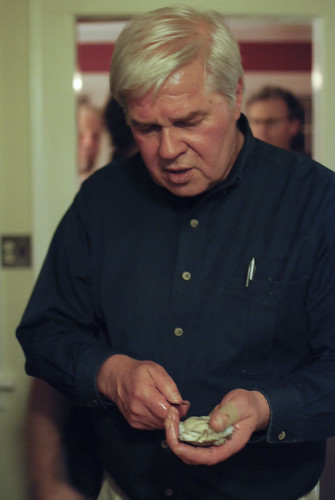 We left to head to Julie’s annual pumpkin carving party. En route, we saw a very good friend standing on a street corner with some other ladies. (…that probably sounds wrong. It’s not like that, she was just getting fresh air.) She happened to be the former soccer team captain from the team where Mr. T and I met. After some quick I miss you! We’ll talk! we arrived at Julie’s. It may be beginner’s luck, but I may have also found my calling. 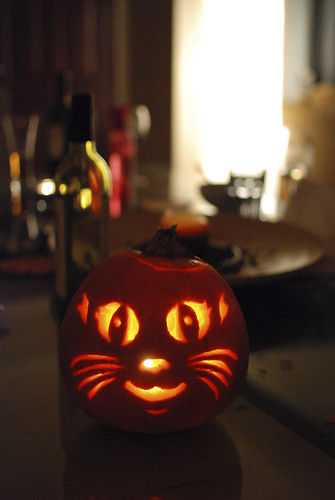